African culture is highlighted by Art4you Gallery in one of its exhibitions.

To celebrate the 50th UAE National Day, Art4you Gallery has organized two art exhibitions, which include the presentation of works of 50 nationalities by 50 artists. Entitled Celebrating Unity, the first show is presented at Mall Jumeirah (November 29 to December 10). It focuses on the prominent role played by the Arabian Peninsula as a place of cultural exchange since the earliest times.

“The exhibition reveals that although we come from different cultures and have diverse personalities, art portrays the beauty of this country through lives lived together in harmony,” says Jesno Jackson, co-founder of the gallery. The works are the presentation of a journey through time and space, from prehistoric times to the present day.

The theme celebrates the creativity, inspiration, cultural heritage and art made by 15 artists from the United Arab Emirates. It also provides an overview of the country’s history and diversity, while addressing important contemporary issues of heritage and identity. Showcasing Arab culture and heritage, Celebrating Unity was officially opened by Laila Rahhal El Atfani, CEO of Business Gate, in the presence of Yaqoob Al Ali, President of Al Ali Group of Companies.

She is a passionate art activist and an Indian artist. A recognized art worker, she has dedicated her life to bringing about positive social change by channeling the message of empowerment, through art and artistic endeavors. 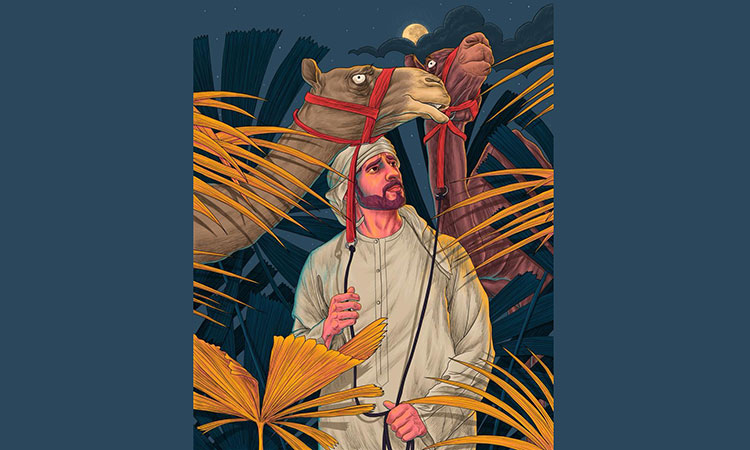 A composition from the Art4you Gallery exhibition.

The second exhibition was inaugurated (December 1 – December 8) at the Picasso Gallery Dubai which celebrates unity in diversity, by 13 artists. It is divided into seven themes, showing the unity of artists in diversity, and deals with many themes from different cultures of various nations. Unity, Nature, Urbanism, Portrait & Identity, Religion & Spirituality and Calligraphy and People, sum up the offer. The themes were screened in different styles, mediums, techniques and traditions. The exhibition was opened by Abdulla Al Mubarak, owner of the GCC Group of Companies, in the presence of Isha Farha Quraishy and Hamda Almurr Almheiri.

“The best thing about the UAE is that they have never left their heritage behind, although they have become a leading hub for several countries around the world to invest and do business.” 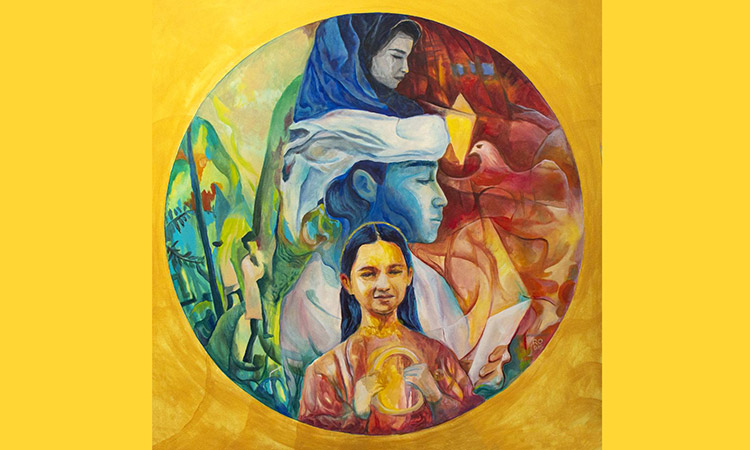 A work from the Art4you Gallery exhibition.

The shows are open to the public and welcome art lovers and artists. On October 19, the Art4you gallery also organized an exhibition titled Bridging Cultures – UAE & Africa. Covering an array of disciplines, including mixed media, acrylic, batik and oil, the show opened at the Intercontinental Hotel Dubai Festival City, Dubai, in collaboration with the 2021 Voice Achievers Award. working in various genres and mediums presented their works in the show. Emirati artist Roa Al Madani celebrated local culture and heritage, through portraits of UAE rulers. Deserts are synonymous with the United Arab Emirates and are also beloved by locals, residents and visitors to the country. Sri Lankan artist Thisara shared his love for the United Arab Emirates through his art with deserts and camels, presented in a realistic style.

Dubai-based Russian artist Anna Wyborn has pushed the boundaries of batik paintings in silk and cotton, with themes on Arab culture. Other artists who presented their works included Megha Manjarekar, Kumar Chadayamangalam, Rafah Abdulrazzak and Svetlana Kreventsova. “These works of art were a tribute to the people of the UAE of different nationalities,” Jackson said. “The creations connected people from different nations and backgrounds, in a captivating way. “Each artist gives the viewer a point of connection with culture. Their process evolves after a period of intense thought, where emotions are released and released until their completion.

The exhibition was supported by Laila Rahhal, who congratulated the artists in an opening speech and said that “this art exhibition is a wonderful representation of the diverse talents of our local artistic community. “It offers artists the opportunity to connect with like-minded people, bridging cultural differences and building on community strengths, echoing our nation’s commitment to the arts and principles of tolerance. It also promotes cultural exchange. The exhibition was curated by Jackson with eight artists and 22 works of art. Famous Emirati artist Abdul Qader Al Rais was a special guest and Khalil Abdulwahid, director of Dubai Culture’s fine arts department, was also among the visitors.