Film stunts
Home›Film stunts›Forget Me Not: A Dark, Twisted Version of Ray’s News

Forget Me Not: A Dark, Twisted Version of Ray’s News

Ali Fazal, Shweta Basu Prasad and Shruthy Menon on their film in the anthology of the master storyteller

This Friday, Ray – a modern, dark, twisted version of four of Satyajit Ray’s short stories – comes to life on Netflix. Do not forget me, inspired by the master storyteller’s Bipin Choudhurir Smritibhram, was directed by Srijit Mukherji, who also directed another short film (Bahrupiya, with Kay Kay Menon) in the anthology. Abhishek Chaubey and Vasan Bala led the other two.

On a Zoom call, The telegraph caught up with the cast of Forget Me Not – Ali Fazal, Shweta Basu Prasad and Shruthy Menon – about their experience being part of the long-awaited anthology, directed by Srijit and their favorites Ray.

When I say “Ray” what instantly comes to your mind?

Ali Fazal: The dream sequence in Nayak (directed by Satyajit Ray and starring Uttam Kumar). With all those banknotes falling to the floor and he was standing over them all … it was God to me. He had a kind of imagery and a certain awareness that we are still trying to find in our cinema. There was a kind of spirituality. When you talk about Ray, that’s what comes to mind.

Shweta Basu Prasad: I grew up in Mumbai, but my Bengali roots are quite strong. Fortunately, at home, movies were never considered a bad influence … movies, music, literature were always encouraged. So I grew up watching a lot of Satyajit Ray movies, as well as those by Hrishikesh Mukherjee and Basu Chatterjee. My introduction to Ray was made by Goopy Gyne Bagha Byne, followed by Sonar Kella. I read a lot of short stories, which were also told to me by my maashi and pishis and didas at home.

Later of course I watched Devi, Nayak, the Apu trilogy, Shatranj Ke Khilari, Jalsaghar… phenomenal films! I am very happy that through our anthology, the Netflix generation is introduced to the written works of Ray. There is of course Shonku the Scientist and the Feluda series, but other than that his news is great. They touch so many genres. There is one called Load shedding, which takes place entirely in a dark space where a man is looking for his home. Then there is Potolbabu Filmstar, which was adapted for the screen by Dibakar Banerjee in Bombay Talkies.

Bipin Choudhurir Smritibhram is what Do not forget me, our anthology film, is inspired by. The seed was taken from this story and woven into a full movie. The original text does not have female characters. So mine, the characters of Shruthy (Menon) and Anindita (Bose) were written in the movie.

Ray, as a personality, is very inspiring. He worked in an advertising agency and did Pather Panchali through the weekends. He drew storyboards, he made music … he was associated with Pandit Ravi Shankar, Vilayat Khan and Ali Akbar Khan saab. He edited his stuff and wrote stories. It has brought India to the global platform through various film festivals and also won the Oscar! He did this in one lifetime! 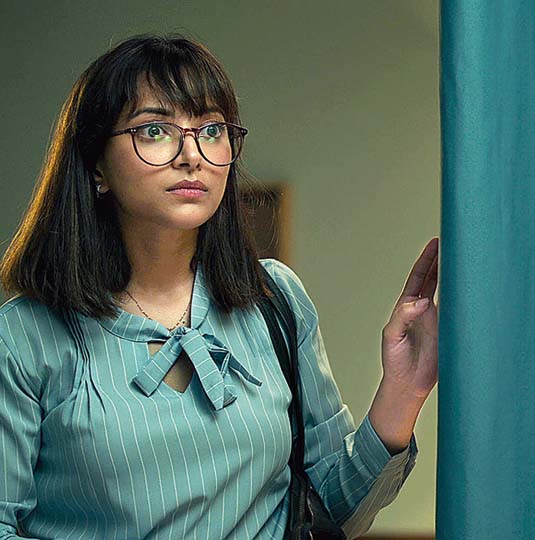 Shruthy Menon: What can I say that has not already been said ?!

Shruthy: Being exposed to her storytelling at a very young age had a huge impact on me. It was both through his films and his written works. And it’s truly a pleasure and a privilege to be one of the faces of a Ray story, which presents a very different perspective on it. I hope I was responsible enough in the delivery … it’s something I never imagined I could do.

Ali: I think the ‘truth’ is what comes to mind when you say Ray. All of his work comes from a space of truth. Whether it is the moment or the context …

Have you read the original?

Ali: I followed the script, I did not read the original story. In fact, Srijit (Mukherji) gave me an idea of â€‹â€‹the original story in his own words. I did not read it because at that time, I was engaged in this adaptation and its vision of Ipsit (the character of Ali). It probably would have been a different trip for me if I had read it before. The way it was designed was a little intimidating at first …

Ali: Our DoP (Director of Photography) Swapnil (Sonawane) started using these lenses that were right in my face, and it was done to show the gradual dismantling of Ipsit’s mind. We’re not theater actors, so we always know where the camera is, by default. But in this case, it was like a game of table tennis. The damn thing (camera) was right in front of me! It’s supposed to indicate my mental state at the time. Honestly, I’ve never felt so confused before … I hope I could do it justice. 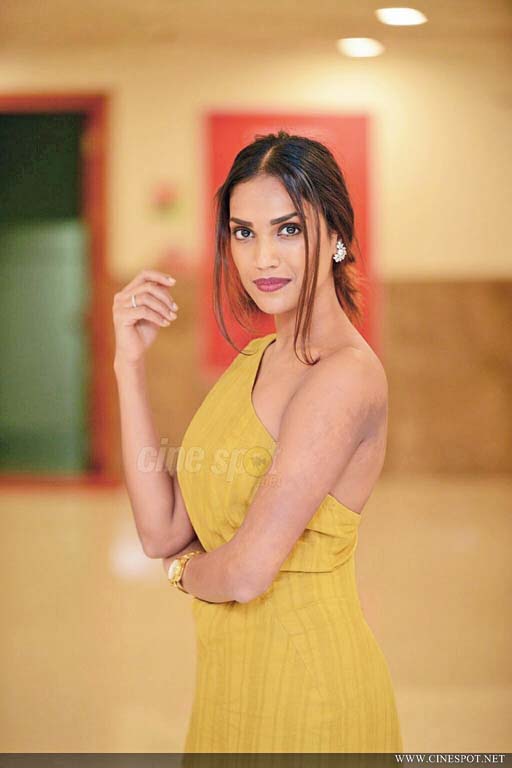 Shweta: The fact that it’s a Ray story. In addition, I was a big admirer of Srijit Mukherji … his first film Autograph was a tribute to Ray’s Nayak. I loved a lot of his films, be it Hemlock Society, Nirbaak, Chotushkone … I had wanted to work with him for a long time. And, of course, the unpredictability of my character (Maggie) was a big reason to sign. She has such a graphic … it’s nice to be part of stories that are not predictable. It was also a great technical team to work with. Plus, when you have good actors around you, the job becomes so much easier.

Srijit had told t2 that the anthology is in a darker space, almost Black Mirror. What was that experience like?

Ali: I almost canceled that conversation with him … when he said all this about Black Mirror-ish. ‘Ish’ is still a big deal for me! (Laughs) I’m running away, because we’ve been “ish” for a while in India! (Laughs) Anything that is a me too, that reminds me of something, I don’t want to look at it.

I think Srijit did a wonderful job. He has a work behind him. And my biggest goal, since the movie is set in a dark space, was to get people to enjoy the brighter scenes. There are the ‘Oh my God’ actor scenes (Laughs), but I liked more the simple things … which for me, were the most difficult. We do all of these stunts and accident scenes, but in this movie, holding a baby in my arms was so hard. I struggled with that, it freaked me out! I kept asking the nurse, “Is it this way or this way?” Should I hold her butt? (Laughs)

Shweta: It’s a full-fledged anthology, without any comparison. Yes, it’s dark, it’s a twisted take on four new Ray classics. My greatest pleasure with this project was that everything is gray, it’s very human, it’s not black and white. All the characters have their grays. This is in fact what is happening in the world. We’re so used to sanitizing onscreen characters that it came as a breath of fresh air. Filming it, of course, had its own challenges …

Shruthy: On the days I was filming, it rained so much!

Ali, did you have fun being Ipsit? It is the epitome of flamboyance …

Ali: Oh yeah, it was a bit of a power trip for me (laughs). You watched the movie so you know what it does is something I don’t wish on anyone … You understand my drift, don’t you? (Wink and Laughs)